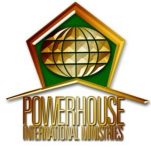 I write in response to an alleged fraud allegation that has been made against me following the broadcast by Ms Maureen Badejo (Founder of GIO TV) which features Ms Olawummi Akinrinbola-Nfotoh, of 8 Clemence Road, Dagenham RM10 9YN on 1 November 2020.

I set out the facts as follows:

On the 17th of May 2020, I was asked by Mr Jubril Balarabe (a licensed exchange dealer in Nigeria) if I knew of a currency changer in the UK (specifically, Naira to Pounds Sterling). I was informed that the initial transaction was for the sum of £500. I confirmed that I knew of a currency changer (Ms Olawummi Akinrinbola-Nfotoh) to whom I would make an introduction to. I spoke with Ms Akinrinbola-Nfotoh regarding the transaction of £500.

Ms Akinrinbola-Nfotoh was a member of Power House International Ministries for a number of years. I am aware that as part of her business she is a licensed money changer.

I provided assistance to Ms Akinrinbola-Nfotoh in attempting to retrieve her funds. I spoke with the initial person who introduced Mr Balarabe to me. I obtained direct support from a friend of mine who has links in the Nigerian Police Force to assist in the matter. Unfortunately, they were unable to provide support to Ms Akinrinbola-Nfotoh as she failed to provide a detailed report as requested to enable the Nigerian Police Force to pursue this matter further. In addition, I have made several calls to Mr Balarabe using my personal phone. On many occasions, I was unable to reach Mr Balarabe.

On Sunday the 18th October, Ms Akinrinbola-Nfotoh accompanied by a female friend and an uncle (Mr Abiodun) came to Power House International Ministries to discuss the matter further. Two members of the churches Executive Board were also in the meeting and in the presence of all Ms Akinrinbola-Nfotoh confirmed that the request was for only £500. During the meeting Ms Akinrinbola-Nfotoh and her female friend repeatedly threatened my life (“I will get people from Woolwich to f*** me up for a fee of no more than £20”), banging tables, physically scattering property in the meeting room. In addition, I was blackmailed with the use of social media to “embarrass” and “ruin” my credibility within the local community.

Given the actions that was displayed and the repeated threats made against my life, I reported the matter to the Metropolitan Police on Tuesday 19th October.

I have used Mr Balarabe and Ms Akinrinbola-Nfotoh in past (separately) to exchange Pounds Sterling to Naira (and the reverse). I have experienced no issues to date with either party in the transaction.

In light of my position, I have remained silent on this issue whilst lending support to Ms Akinrinbola- Nfotoh. However, her recent actions has made it necessary for me to speak up against these frivolous and baseless allegations.

To be clear, at no point was any money paid to me by either party in these transactions.

It is my firm belief Ms Akinrinbola is extremely unhappy with her financial decisions and is attempting to hold someone other than herself responsible for her negligence.